The title for this show recalls W.G. Sebald’s poem Nach der Natur (1988). This is unintentional: Schobinger is an admirer of Sebald’s writing, yet he never read or heard about this book in particular. This is a rather revealing coincidence, considered that both artists share a sensibility for connections and associating elements that wouldn’t seem compatible on a superficial level. In the first part of his poem, As the Snow in the Alps, a biography of the painter Matthias Grünewald (c.1470-1528), Sebald highlights the physicality of Grünewald’s Isenheim Altarpiece (c.1512–1516), renowned for its graphic depiction of Christ’s suffering and painted in response to the combined devastation of the plague and the peasant massacre of 1525. Here, the phenomena of the natural world are intertwined with human fate. Later in the poem we observe the journey of the explorers Steller and Bering towards the fate of merging with the inanimate in the frozen wastes of the arctic, with frostbite an encroachment of this even before death. On one ring a piece of rock becomes a mushroom, while on another, such characterisation is superfluous: the mineral has evidently grown in cubic polyps and attracted colourful little symbionts. The rock crystal, we know, has grown too, though it also brings to mind ‘living’ ice petrified.

For Bernhard Schobinger quality doesn’t reside on adherence to a style but ‘in the sense of the wabi and sabi philosophy and aesthetic, whose basic tenets are simplicity and modesty, naturalness and unintentionality’. The pieces of rock crystal and mineral/artefact hybrids have been domesticated into wearable objects in a way that makes it difficult to determine where the raw material ends and the artistic gesture starts, where the stone ends and the ring starts – the power and pleasure in the present pieces dwelling in this fine balance.

‘Through his departure from traditional jewellery, Bernhard Schobinger denies jewellery its function as a status symbol and makes it into a vehicle for expressing a universal critical voice. The ring is a significant cultural reference in our society: it bears a coveted diamond or is a symbol of togetherness. This is not the case with Bernhard Schobinger! His objects created over the last 45 years reflect artistic and social developments. The ring as the witness of an era: concrete art, the aesthetics of punk, postmodernism and so on. Bernhard Schobinger is one of the most provocative, critical, and artistically inspiring contemporary jewellery artists, who has revolutionised his craft. He has turned away from conventional materials, in favour of those that have an emotional quality or a conceptual value. (…) He interprets the piece of jewellery as a contemporary witness of our society.’ Glenn Adamson: Rings of Saturn, 2014 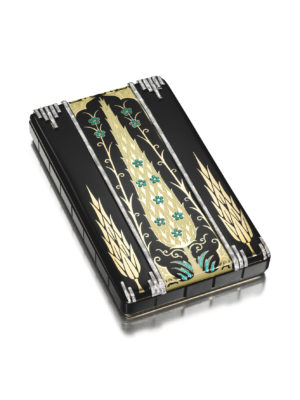 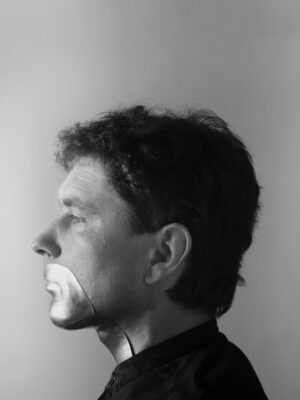 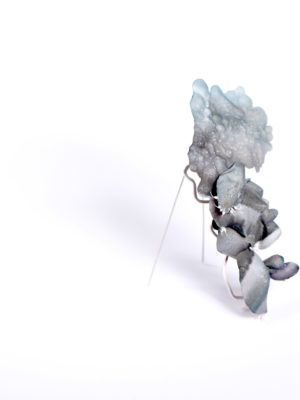