Chloe Karayiannis’s gritty, glossy, hybrid human/avatar paintings capture us in the act of digital trespassing and celebrate the building of ourselves through the building of our digital environments. Chloe and her creative accomplices present three modes of Internet existence: the Followed, the Hacker, and the Isolated.

The Hacker, with their rendered appendages, manipulates their digital environment: the Internet is a tool, and they know how to use it! The Followed reside in a hall of funhouse mirrors: they live to be seen but lack genuine connection, only seeing reflections of themselves in all those who follow them. The Isolated stand apart in their own dark corner of the Internet: they have all the tools for connection, but their connectivity is weak, their image is pixelated, and their voice comes out as garbled echoes.

Rebecca Schena (RS): Could you tell me about the process of creating this series? How did you design the rendered forms to interact with the models and represent our relationship with technology?

Chloe Karayiannis (CK): The project came about through conversations with my friends and coworkers. We had little coffee meetings – the photographer/videographer, the choreographer, the poet, and I – where we discussed the things that inspire us. I have an interest in our connection to the digital world, what makes us ‘synthetic’ vs. ‘natural’ beings, how our Internet personas do/don’t define us, and what we can create out of them. I believe that your digital identity is an extension of your physical self, because the physical world doesn’t technically exist after all – it’s just what your mind can conceive. From those discussions we came up with a bunch of different Internet ‘personas’ and ended up with three personas that we could recreate through movement: the Hacker, the Followed and the Isolated.

The persona of the Followed seems super negative at first, but we didn’t mean for it to seem that way. It’s more about how someone who obtains a large following online isn’t seeing the users that follow them as individual people. Also, a single user can have several different profiles, so follower counts don’t even signify a number of actual people. Being Followed doesn’t necessarily mean that you have a connection to others. Likes and followers become a form of validation, of feeling seen but not knowing who is seeing you. There’s something really interesting in that reflective kind of seeing, so it felt super organic to create these mirrored spheres that represent the sense of other people or organisms around you. But you don’t see them, you just see your own reflection in them because your only connection with them is that they are observing you.

After we conceived of everything together, I went away and started creating some mock-ups of the shapes. The Hackers were going to have digital extensions of their bodies that they use to manipulate their digital environment in this way that gives them power and strength.

RS: Do you see the Hacker and the Followed as two different ways of existing on the Internet, as something that two different people would experience, or do you feel that we can simultaneously exist in both of those ways?

CK: Oh, interesting. You know, I never thought of it like that, but it really makes sense because the Followed can also be someone who is in control. I guess we over-categorised the personas: the Followed was softer and more curious, and the Hacker was more dominant and aware of their environment. But you’re right, there is definitely an option in there where someone’s persona could be portrayed as both.

Similarly, with the two models in the Followed images, the original plan was for one to be the Followed and the other to be the Follower. We were working with ways of having them move and look at each other in ways that represented that unbalanced relationship, but then as they kept moving, they became entangled.

RS: I suppose they are reflections of each other, you can’t have one without the other. Could you tell me a little bit about the other creatives involved in the project?

CK: Meetra Javed (@meeetraaa) is the poet involved in the project, we worked together at the digital branding agency, Annex 88. She was a project manager, but poetry is one of her personal passions. Then there is Colin Hughes (@colinhughes), he does photography/videography. Jess Hu (@jess2sick) is the choreographer, she is also a dancer and art director. She has a very organic way of working with space. The video of the Followed and the Follower is choreographed beautifully; they become intertwined in an extremely unique way, through their garments.

RS: And those pants? Skirt? Those are so cool!

CK: Yeah, I’m so obsessed with them! That garment, and much of the other clothing featured in the series was created by the talented Franscis Balken (@franscis_balken), another RISD alum. The pieces were just beautiful, and they were perfect for the concept, because the clothes themselves invite messaging. We also worked with the inspirational being Greg Armas from Assembly New York (@assemblynewyork).

We were also very lucky to work with Gregg Hubbard Make-Up (@greggmakeupnyc) who was the artist behind hair and makeup. Alongside his team; Emily Maria Wright, Jasia Stewart and Chelsea Finkel.

RS: Looking at your Instagram, it seems like you’ve started using human models in your work more recently, and a lot of them have digital forms encircling their legs or melting onto their faces. Especially with the Hackers, many of the rendered forms are enveloping the models but aren’t necessarily coming out of them or joining into them. There’s still this slight separation that reminds me of jewelry: it’s added onto the body but it’s not necessarily part of the body. How do you see humans being integrated into this digital world that you’re creating?

CK: I think it achieves the same thing either way, whether it’s around you and you are conducting it, or it’s a part of you. In the same way that you wear makeup, put on fake nails, or choose the way you dress; the extension doesn’t have to become a second bone for it to be an extension of your body. Your devices are an additional limb. However, I do think we will have technology physically imprinted within us at some point.

RS: That makes sense. There’s this psychological theory, the Extended Mind Thesis, that argues that the things we surround ourselves with –technologies, phones, post-it notes on your wall – are your mind in a way. The environment is part of your thought process.

CK: Physical and digital don’t necessarily have to be separate things.

RS: Are you seeing them, the humans and their digital appendages, as part of the same world? It seems to me that you’ve created a sort of a third realm outside of the physical or digital, where we’re cohabitating with these rendered objects.

CK: It’s funny you say that, because I think the concept of the ‘world’ or ‘reality’ is obscure. Like, I’m holding a physical object that’s in my world and I’m speaking to you, a human, who is not in my physical space at all, but you exist through these signals sent between these objects we are holding. The way we understand physicality and the ‘world’ is super obscured when we have the ability to connect within our computers.

The pieces I create are aiming to illustrate this concept: how we’re able to conduct these physical/digital things without even having to think about it. We don’t see digital profiles as real, but they are augmented identities, which I think are just as real as us. Because this conversation is happening, and it’s real to us. Whether or not it exists in a physical form doesn’t make it part of a different world. These are just my paintings capturing that concept.

CK: If I could say anywhere in the ‘world’, I would like you to be able to wear them. You’d be able to walk around in space and obtain these limbs that could move around you – whether that is VR or whatever else you want to call it. VR now is so inaccessible and it’s so not there yet in any way, shape or form. Neither is AR, because we’re still holding this tiny little screen up to experience it. I’m so excited to have our augmented environments become these art forms that we can create and change in actualized physical space. I would love for you to feel the weight of them or to feel their movement. That’s the way I would like them to be experienced.

We’re still figuring out how to curate and display digital works, but for now I’m happy with my works serving as conversation starters. I’m excited for these digital tools to become more accessible, affordable, and instantaneous so that more people to have the opportunity to play in this space. I remember working on a graphic design project in school and a professor asked me how I could just be sitting there waiting for this one frame to load, and I was like ‘It’s because I’m curious. I’m not patient, I’m curious.’

RS: I hope that someday we will be able to experience your creations so directly. It’s so sad to think of files being acquired and then being left to sit on a computer, like jewelry that is collected and then left in a dark jewelry box where no one interacts with it. I was intrigued by your mention of isolation as another effect of digital existence. Was this project started before the COVID-19 crisis and self-isolation?

CK: Yeah, it was, the artwork was completed by December. Isolation was one of the obvious concepts that came out of the Internet. It can be a dark place. Depending on what content you’re exposed to or what your life is like outside of it, it can be lonely. In the Isolated image of Luther, he has his keyboard, but it’s not attached to anything. That’s why I included the upside-down smiley face in that structure, because this person is feeling entrapped and detached in their isolation, but they’re wearing this smile that doesn’t mean anything.

RS: It is so strangely relevant to how things have changed in the world since the images were created. In some ways, the Internet is so isolating, but I feel like now since we’re physically isolated, we’re spending even more time as our avatars, escaping into these alternative realms.

CK: When the pandemic first started, there were lots of tools shared online to help people cope with isolation, whether it was about mental health or finding inspiration.

Then the recent Black Lives Matter movement re-emerged, and this social tool partially transformed into an educational advocation tool. Teaching us to address our subconscious racism; to understand the privilege and darkness in whiteness’ history.

It is interesting to see how our time with COVID has awoken a new way to use the Internet. It’s a genuine communication tool to reach out, to support small businesses and to support each other, which we weren’t doing before. Maybe it will end an era and will change the way that people use the Internet.

We all had this tool, the Internet, and didn’t know what to do with it. We were all in our own bubbles within it – and in many ways we still are – but now we have a common thread of communication and understanding. If you aren’t tuned in to this common goal, you aren’t getting what we have now learned that the tool is for. 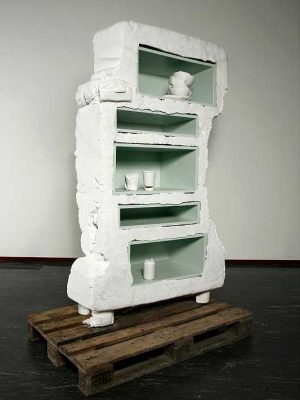 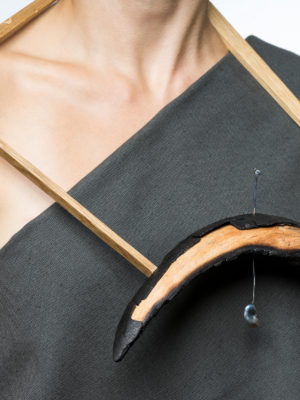 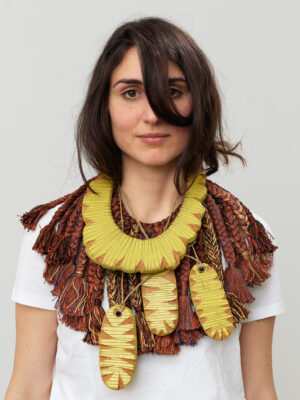 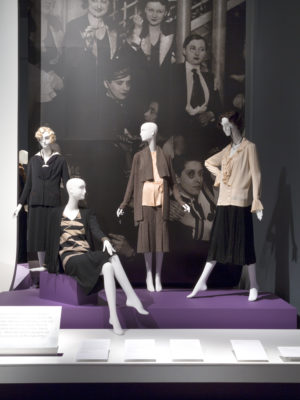 Valerie Steele: A Force to Reckon With