‘I am a magnet for people. My life is exciting.’

‘On educational and cultural level, contemporary jewellery makes people dig into the history of the objects that makes us unique as humans. It teaches us to notice the silent values of our lives — rituals of giving, intimate moments with a skin, memories, identity statements. It reminds us that we are only humans and it is OK to be sentimental or naive, greedy or generous, self-doubting or confident.’ says Estonian artist and jewellery designer Darja Popolitova, who becomes a witch called Seraphita to take her audiences to alternate reality of a parallel universe in her solo show ‘Magical Hotspot’ (29.06-11.07.2020, Vent Space, Tallinn).

Instead of physical jewellery, she is presenting metaphorical jewellery, a sort of witchcraft, by making practical magic. Like a goldfish, she grants three wishes to all visitors who have made their way into the gallery. Watching three tactile video stories one becomes bewitched. In each video Seraphita is performing different witchcraft – a ritual on a viewer. Do you want to feel accepted, find a good job and friends in a homophobic, xenophobic and raging society? Then repeat after Seraphita: ‘I am a magnet for people. My life is exciting.’

In the video the ‘witch’ Seraphita tries on the drag face filters (augmented reality effects that apply a drag make-up to a face) onto the portraits of Estonian right-wing politicians (Mart Helme, Jürgen Ligi, Riina Solman) and thus metaphorically stops sexism and homophobia among a society. She also tries this face-filter on herself and says that the world seems so much brighter after conducting the ritual.

The video-tutorial is accompanied with instructions for conducting the ritual. For example, a person needs to become clean from all digital rubbish seen during the day before starting the magic. And for that, the necklace with a ‘special’ brush that leans against the skin is applied with slow movements to the face.

When a designer becomes a conceptual performance artist the borders of art and design are being blurred. Or maybe the border was just a stereotype in our mind. Another sociocultural construction. Everything is changing. Darja/ Seraphita is trying to break us free from stereotypical thinking. She says, she is trying to use the word ‘quality’ instead of ‘value’. Although values are the foundation of how we live our lives, we are constantly reevaluating. According to a pre-Socratic Ionian Greek philosopher Heraclitus all things are changing and comparing life to a river, he claimed that one could not step twice into the same river. Values are not an exemption from this, they are not constant.

Like the practice of fighting a duel of honour was in Europe for three centuries a symbol of gentlemanly status, many luxury goods are often considered status symbols. Jewellery as a status symbol is a perceived visible, external denotation of one’s social position and perceived indicator of economic or social status. Magical and practical – jewellery used to symbolise a status in a society and serve as an identification token for a person. In ‘Magical Hotspot’ the practicality of jewellery has been sacrificed for its magical qualities to create new stronger and bolder personas who believe into themselves. Social visibility and status are sources of power. Status symbols enhance self-esteem. Jewellery is a superpower. It makes us irresistibly charming and unlocks the world by unlocking us to the world.

How to Integrate Yourself Into a Society

In the video ‘How to Integrate Yourself Into a Society’ the ‘witch’ Seraphita pricks her finger with characteristics of Estonia type of brooch (est. kuhiksõlg) and drops her blood on a screen with her photo in it. In this ‘ritual’ she describes her feelings in an affirmative tone — how she sees herself as brave and confident, and is strengthening social contacts with the Estonian-speaking majority, and has equal opportunities with Estonians for getting a good job.

What you give is what you will receive. The world with no magic and no religion is a scary place where people become isolated and lonely and all kinds of phobias rule. We cannot change the world at once, but we can change ourselves, the way we see the world and the way we are being seen by the world. We just need to believe in ourselves and open up. That’s extremely simple and practical magic.

I see visual art and design as non linear thoughts. The ones we always have in our subconscious and that are sometimes transferred into a chain of words, but mostly they do stay almost unnoticeable. It is a whole sign system that gets lost in translation. To become more likeable ‘us’ we need metaphorical jewellery to make us believe in happiness. Darja Popolitova is using the idea of carnivalesque and turning peoples faces with a help of a Youtube video app into queer. She is carefully choosing the eyebrows, fake eyelashes, eyeshadows and lipstick colors to find the cheerfulness in the face. She is playing James P. Carse’s (1) infinite game with no winners and losers in her alternate reality show and I already feel that the world is a much more merry place.

Behind the main gallery space there is a little room with two ghostly chairs and a table, where the artist is performing yet another ritual. The witch Seraphita is taking a seat on one of them and me on the other, she closes her eyes, draws a card and tells me how she sees me and I tell her, in return, how I see her art. Although she doesn’t wear in live her signature jewellery – long sharp witch nails – the video performances have put a stamp on my memory and I almost see her Maleficent fairytale nails clapping on the fortune telling table when she puts her finger on the next destiny card. After leaving, I feel like I had a quick fix and I hope the magic does not wear off anytime soon. Maybe I could use some of Darja’s jewellery to strengthen the effect of Seraphita’s ritual.

How to Get Rid of Loneliness

In the video the ‘witch’ Seraphita teaches the audience how to make a talisman (necklace) that helps to get rid of loneliness. She takes a stone that has a hole in it and that was found on the sea shore, into her hands, and starts typing as if it was her phone — that she is a magnet for people, she creates special connections easily and can have interesting and deep conversations with people, and that her life is exciting. Thereafter, she puts the talisman around her neck and comments on how her life has changed since she started wearing this necklace.

As an artist who engages with anthropological ideas, Darja is examining in more detail what ritual actually is and does so by exploring the relationship between performer and audience, researching the limits of the body and the mind.

There is a ‘shamanistic’ trend in contemporary art practice and a number of artists have been exploring witchcraft and the occult as a form of post-gender or feminist art. The most well-known example perhaps being the Ulay and Marina Abramovic performance collaborations of the 1970’s and 1980’s. A contemporary American artist, poet, and DJ Juliana Huxtable has been casting herself as a potent priestess, witch, and cult queen in several self-portraits and performances. Art gallery has become ritual space, but also ritual space has been transformed into contemporary art gallery. In 2014 twenty two artworks from various contemporary artists (such as Damien Hirst, Pipilotti Rist, Doug Aitken, Javier Pérez, Karmen Frankl, Matthew Lenkiewicz) were arranged by a curator David Rastas in an exhibition ‘Leiblichkeit un Sexualität’ (2) along the path of a pilgrimage through the Votive Church in Vienna.

*The below statistical data became the basis for Darja Popolitova’s exhibition: Integration Monitoring of the Estonian Society 2017, Survey of Health, Ageing and Retirement in Europe 2013-2015, Gender Equality Monitoring 2016. The artist builds her concept on the following facts: only a little over 10% of the residents of other nationalities in Estonia communicate with Estonians, and less than 10% of Estonians communicate with Russianspeaking population or other nationalities on a daily basis. In Estonia, there are more people who think that girls and boys should be raised differently. For example, 50% of respondents aged 15-19 think that cooking should be the most important skill for girls. In addition, in a recent survey in Estonia, 74% of the elderly have no other close person to talk to about their joys and worries. 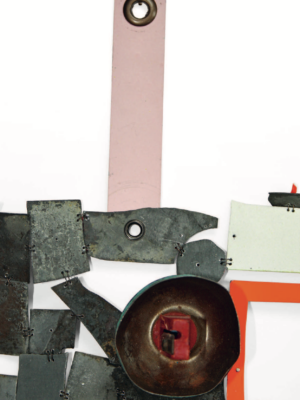 Between Unafraid and Uncertain, Through Life and Life’s Sorrows, Two Friends in Conversation 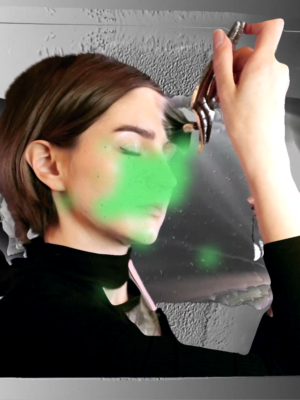 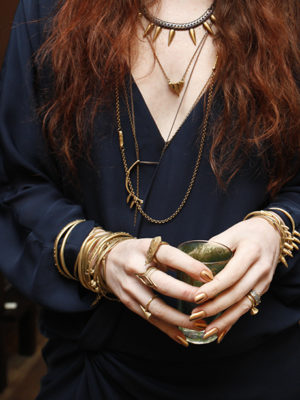