Since first being curated by Hermann Jünger in 2004, the Danner Rotunda at Pinakothek der Moderne has served as a veritable chapel of contemporary art jewellery. A variety of approaches have been taken to displaying a selection of the museum’s collection of over 1,000 jewellery pieces from the 1960s onward. Otto Künzli designed a stark white interior that highlighted the sweeping brutalist architecture of the Rotunda, and Karl Fritsch took a warmer approach to the space, which he filled with 34 bountiful displays.

For 2020, the Danner Rotunda will once again be placed into the thoughtful hands of a new curator with their own vision for the space and its contents. However, in contrast to previous years, this year will witness the handing over of the space to six hands instead of two, with three curators collaborating on a new design for the gallery: Mikiko Minewaki, Hans Stofer and Alexander Blank. All three are renowned artists in their own right, with analogous interests in pop culture, iconography, material exploration, and a hint of irreverent humour. With such an exciting selection of curators, the Danner Rotunda is sure to take a wild new form. We can’t wait to lay eyes on the new approach that this generation of artists will take towards the space, and hope to see the full scope of international, emerging jewellers represented in such a prominent institution. We spoke with Petra Hölscher, the senior curator of Die Neue Sammlung, and this year’s three curators of the Danner Rotunda – Mikiko Minewaki, Hans Stofer and Alexander Blank – to hear more about the process of reimagining the Rotunda for 2020.

CURRENT OBSESSION
Could you speak about the process of selecting the three curators? Was there an open call or was an internal decision made by the museum?

PETRA HÖLSCHER (PH) Every five years, Die Neue Sammlung invites an artist – or artists – to present a new curation of the Danner Rotunda. Hermann Jünger, the professor of goldsmithing at the Academy in Munich and one of the founders of and most important communicators within the study of jewellery, curated the first presentation in 2004. He did so with support from Otto Künzli, as Jünger was already seriously ill at that moment.

In 2009 it seemed unwise, and not very charming, to ask another ‘founder’ of studio jewellery for a new presentation of the Rotunda. We did not like the idea that there would be competition or trouble between two masters of studio jewellery over the old and the new presentation. Because of this, our former director Florian Hufnagl decided that a younger artist would be the right choice. It was shortly before Karl Fritsch was set to leave for New Zealand, and he said yes to the invitation. Thus, the Danner Rotunda was changed from concrete with white walls to chocolate brown with a very modern presentation and with over 100 newly loaned objects.

In 2014, our visitors asked us to bring back the first presentation by Hermann Jünger and Otto Künzli, so Florian Hufnagl asked Otto Künzli if he wanted to do it. Otto Künzli agreed, but of course it is hard for an artist to repeat things. For his presentation, Otto Künzli picked some of Hermann Jünger’s ideas and some of Karl Fritsch’s and mixed them with his own. He also integrated many of the new jewellery objects that had found their way into the collections of the Danner Foundation and the museum.

For the 2019/2020 curation we thought that it would be nice to continue this system, but with a female artist. Mikiko Minewaki was our first choice, but we wondered how it could work, as she lives in Tokyo. To make a long story short, this was why we thought about having a team of curators for the first time in the history of the Danner Rotunda. Mikiko Minewaki and Hans Stofer were already acquainted and had worked on projects together. Alexander Blank, also based in Munich, completed the dream team.

We also wanted to revise the showcases and lighting of the space, so we asked Flavia Thumshirn, a lighting designer of world-wide repute, to develop a new lighting concept for the space and the jewellery showcases. Additionally, we wanted to develop a solution to make the entrance into the Rotunda easier to find. In collaboration with Berlin-based designer Yang Liu – who was applauded for her light guidance system for Dresden’s Albertinum – an installation featuring neon writing will be created to quite literally present the entrance of the Danner Rotunda in a new light.

CO
When selecting three curators instead of one, what did you expect would be the final result?

PH
I expected a creative view of the space and a fanciful discussion about the jewellery objects in both collections. And what can I say? They did it! The most interesting part is the coming together of European and Asian aesthetic moments, which you are able to see immediately when coming down the stairs into the Danner Rotunda: it is coloured again!

CO
Do you feel that the Danner Rotunda presentations open contemporary jewellery to the general public, or does a visitor need a certain level of knowledge about the field to understand and contextualise the work?

Oh, of course! It is interesting for everyone who is curious enough to visit Pinakothek der Moderne to see modern art. However, we have to ask if contemporary art itself is open enough to the general public.

Could you talk about how the work is going to be presented and why?

We wanted to represent the entire collection of jewellery, regardless of who made it or when. It is best to see the real thing! We wanted to share the collection with an open perspective and without preconceptions.

Everything was done with little conversation. The concept and the shape of the exhibition grew as we worked. Gradually, the idea of a visual dialogue emerged: the pieces would talk to each other in a playful manner. We would create partnerships where pieces were in a dialogue, forming interconnecting fields of tension where each group of objects was in conversation with the other groups – a bit like when groups of jewellers meet at SCHMUCK to catch up and chat. Because each little constellation is made up of individual objects, the viewer has the possibility to enter into their own dialogue from different points and perspectives.

Alexander Blank’s idea to name the display Radar Beeps perfectly captures the way we worked and the way we selected the pieces in each constellation. It is also the way we wanted the audience to approach the show. Radar Beeps demands time, an open mind, no preconceptions and a sense of humour for the magic to happen.

We advanced the selection process in a playful way and listened to the jewellery pieces from the Danner collection and the collection of the Neue Sammlung to let the pieces find a narration in connection with each other.

Do you feel that the Danner Rotunda presentations open contemporary jewellery to the general public, or does a visitor need a certain level of knowledge about the field to understand and contextualise the work?

MM I think that a fascination with jewellery is not just for the people in the jewellery world.

If someone who doesn’t know about these jewels strays into this room, they could still experience their charms and be surprised by the relationships between them.

AB The Danner Rotunda and Pinakothek der Moderne always seek to be open to the general public, so we adopted this goal in our approach towards the 2020 curation. Insiders of the jewellery scene might eventually see different points made within our selection of pieces, but knowledge can also blind us to other possible views and encounters with the pieces. So, it is definitely for both jewellery rookies and pros! 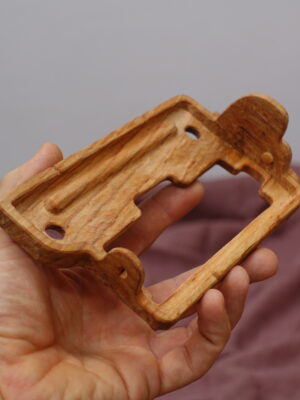 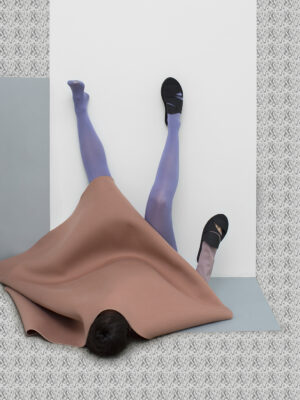 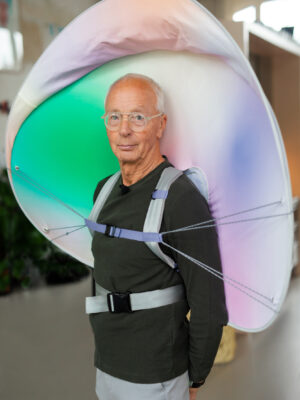 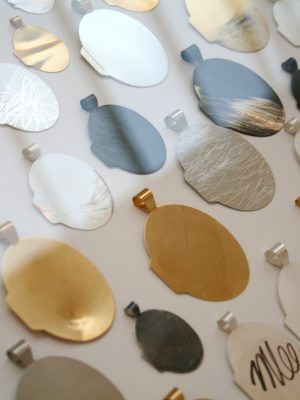