This particular Jewelry Week is all about New York City – its energy, its authority, and its potential. It is also about the multitude of cultures that shape New York’s global image. New York City Jewelry Week’s programming reflects this complexity by listing a range of local brands, people and institutions that make, showcase and collect jewellery.

The list includes major museums like The Metropolitan Museum of Art, with its upcoming exhibition ‘Jewelry: The Body Transformed’, showcasing 230 objects that span 5000 years of adornment. “Headdresses and ear ornaments, brooches and belts, necklaces and rings created between 2600 B.C.E. and the present day will be shown along with sculptures, paintings, prints, and photographs that will enrich and amplify the many stories of transformation that jewelry tells.”

Meanwhile Museum of Arts and Design will open its doors with ‘Fake News and True Love. Fourteen Stories by Robert Baines‘, a solo exhibition by the Australian contemporary jewellery artist.

92nd St Y Jewelry Center will organise a series of discussions with industry’s influencers, and Mahnaz Collection, a vintage jewellery gallery, will present a selection of Native American jewellery.

These are just a few examples from an almost a 100-event-strong programme.

Let’s hear more from the Week’s founders Bella and JB, two women trying to embrace the immensity that is New York.

The word about New York City Jewelry Week is spreading fast, but there isn’t much information available at this point. Can you tell us what it is, and what will be happening during the Week?

Bella: NYCJW is a citywide celebration of jewellery and our goal is to really get New Yorkers excited about all of the opportunities of engaging with jewellery in New York. We will have exhibitions, demos, workshops, lectures with about 50 partners – anyone from museums, to retailers, to schools, to independents jewellers, to major jewellery houses who normally don’t open their doors. So really a behind-the-scenes look at the jewellery that is made, designed and produced in NYC, which has a very wide-range jewellery culture.

JB: It’s also about jewellery that is accessible. There are so many opportunities to have in this city, historically, through the museums, for instance, that the extension of jewellery from all over the world that we can access.

Can you talk about your backgrounds and how they come into play now, as you are trying to lift this massive initiative off the ground?

Bella: I’m a design historian and a curator, and I worked in the design sector in New York for a number of years, primarily in the galleries that specialise in twentieth century and contemporary design, and some of them retail jewellery as well.

I became really interested in jewellery five or six years ago, and it became a personal passion of mine, which thankfully grew into a full-time position in a contemporary jewellery gallery. And what has been incredibly helpful for this, is that I have a lot of connections both in the design world, as well as in the jewellery world. So for us planning the Jewelry Week, when we essentially had to approach every single person that we are partnering with has been really wonderful; it’s given us access to all these different worlds.

New York’s jewellery world is so big and so diverse, most of these jewellery facets are not connected, so it was important for us to connect to all these different organisations, so that we could sort of bring a very rich Week.

JB: I worked in fashion for about eleven years. I started collecting street art as a fashion designer, and that led me to make a career change and open a street art gallery in Los Angeles. And that led me to Bella, when we produced a collaborative street art and art jewellery exhibition ‘Placement: Art Jewelry + Street Art Collide’ in 2015. Art jewellery became an interest and that is how I ended up co-founding NYCJW.

What inspired you? Why now?

Bella: First of all it was all the other, European jewellery weeks, like the one in Munich. Last year I went to Munich, Barcelona and Paris and being there I really loved the youthful energy, and that feeling was totally missing here in New York. Going to all these jewellery weeks I was very inspired. And I found myself in Paris having a conversation with a friend who is not from the jewellery world, and I was explaining to her why I was there and what I was doing, and literally a light bulb went off, it was one of those aha moments… I thought, wait a minute, why don’t we have something like this in New York. I remember exactly where I was walking in Paris when I had this epiphany. It felt like this was my calling…
JB and I have been working for a while on an idea about doing something of our own, jewellery-related, in New York, so just the combination of our experiences, travels, and connections, just felt right. We recalled that a curator from the Metropolitan Museum New York had come to see us and spoke about the show they have been working on ‘Jewelry. The Body Adorned, The Body Transformed’, its 5000 years of jewellery history selected from the archives of the Met, and it just felt like perfect timing. The starts aligned.

What is your endgame?

JB: We want to see this grow: we are increasingly becoming interested in continuous jewellery programming throughout the year, so that once this Week is over and we are preparing for the next one, we would love do something to keep people excited. We want people in New York to be able to really engage. There is so much we can do, connect jewellery with education, for instance: one of the continuous programmes we are working on is connecting with schools throughout the city.

We also have gotten a lot of feedback from jewellers about gaps that could be filled as far as helping individual jewellers meet goals business-wise. We could really connect jewellers with companies throughout New York. This is really exciting, and it wasn’t something that we necessarily foresaw. This might eventually become a jewellery fair that connects different types of jewellery.

We are also looking into the bricks and mortar space idea, however far down the road it might be. We definitely want to be old New York ladies who have an awesome store, where people could just come to hang out with us.

You are focussing on NY’s local scene, covering all types of jewellery: fine, contemporary, antique, can you talk about your motivation in that regard?

Bella: Because contemporary jewellery is very not well known in the United States, we thought it would be beneficial for it to be a part of a larger jewellery conversation. Putting it together with other types of jewellery could really expand its presence in New York. We didn’t want to remain in that same small niche – that wouldn’t help the field – so we though the Week should be as inclusive as possible.

How and when do you see international jewellery players come into this?

JB: We have been very careful in planning this inaugural edition of the Week. International players approach us and ask if they could participate: we are not turning anyone away and trying to find opportunities for them. New York is a global city, it is not representative of America: most people, who live in New York, were not born here. But we wanted to control the programming this year, to make a greater impact. New York is different from Munich’s ‘free for all’ mentality. It is very expensive and a much larger city, so we advise to maybe come check it out for the first edition of NYCJW and see what the possibilities are for the future.

Bella: We are really excited about working with Current Obsession; we reached out to them soon after we decided to do the Week, because we have been so inspired by what they have been able to do for Munich Jewellery Week.

Current Obsession has a very difficult task of putting together the official NYCJW Paper, which is the editorial component to the Week, and it is something everyone has been incredibly excited about, as are we.

The Paper is essentially going to be something that we want people to hold on to, use it throughout the year, to go back and visit our partners. Its not just a time capsule of the Week, it is something that is going to provide depth, and it’s an opportunity in this one publication to bring together all of the different jewellery facets. And because Current Obsession are overseeing it and ‘landing their eye’ to it, we know that it’s going to be very exciting and that it is going to be able to make connections in terms of the way they curate this publication, in ways that we probably didn’t even consider.

JB: I think it has become a lot bigger that what it initially meant for us. It started out in a sense that there were jewellery weeks all around the world, and we felt like American artists weren’t represented as much as we felt they should be. It felt like this is our time to shake it up and to represent not only New York, but what is happening in America in contemporary jewellery. It has become a lot bigger now that we are building up this week, in terms of Bella and I, and our team being the new guard here in New York, and we want to tell the jewellery story and we are going to tell it our way. Everyone comes to us with their ideas of how they think we should be doing this, and we are very resolute about the way this story should be told. The new guard is here, new ideas are here, and the future is here and we think this would hep build the market of jewellery all across the board. 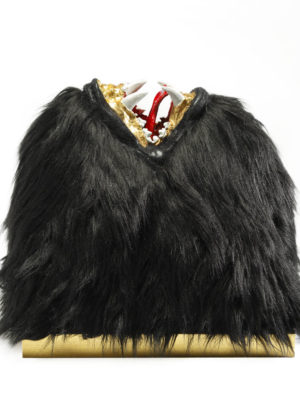 The Way of The Future with Christophe Coppens 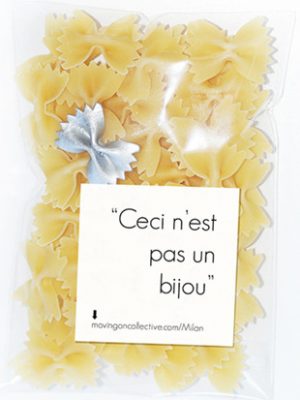 Q&A with Moving On collective 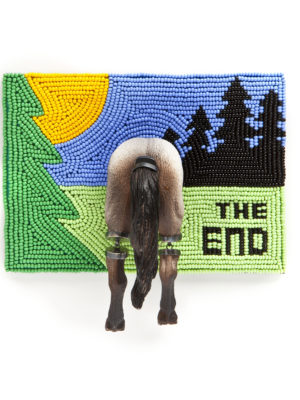 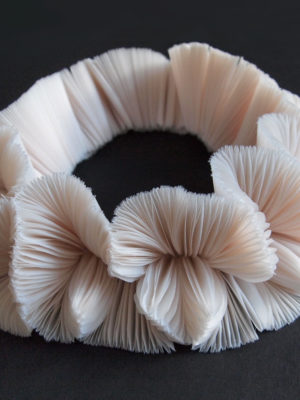