Fritsch is a rebellious jeweler, constantly remixing jewelry tropes into delightful, one-liners. Take the artist’s most recent flirtation with the solitaire. It’s a classic jewelry staple reimagined with the darndest of intentions: fake diamonds have been set with swollen prongs, stuck under big lumps of metal lumps, or set in place by the most minimal of passes, appearing to be on the verge of escape. Other stones to be found Fritsch has carved some of the other stones himself, allowing for an entirely new elaboration of his inventive, jewelry vocabulary. “I love coming back to this dinosaur of rings; everybody has an idea of it when they hear the word solitaire, but giving it a new shape, a mood, and attitude of today is something I don’t ever get tired of.”

He doesn’t ever get tired of New York City, either. To show in the city is to return to the city: for a spontaneous six months in 1989, he lived in a basement apartment on 8th Street between Avenue B and C in the East Village. It was “instant love,” and he’s been coming back ever since. Fritsch’s relationship with Salon 94 also runs deep: he is the only jeweler that the gallery represents. Among the new solitaires, Rings Without End will also feature classic pieces from Fritsch’s older ring “families” as he calls them, ready to jump onto new and adoring New York City fingers. 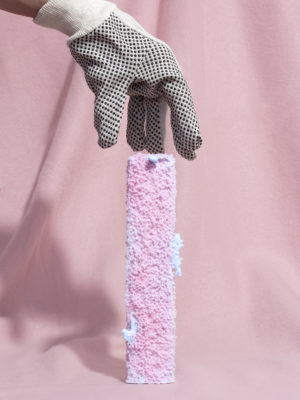 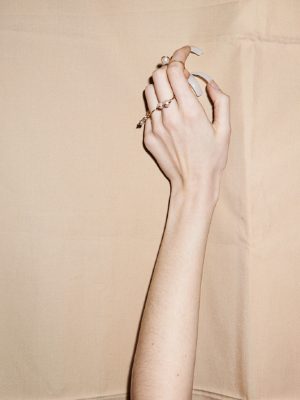