From a young age I have been expressing myself through multiple creative mediums: dance, music, art, drama. When I was very young I would draw on everything and create little worlds and interiors for imaginary characters. My first larger creative projects were producing theatre productions when I was a teen making/ designing set and costume but also working closely with the performance side of things; and then on the side playing musical instruments and training in dance. So it’s difficult to say which type of medium came first or which has informed my practice the most. For me, I believe art is most interesting when not created in a vacuum and not being tied to one form of expression means the work can be more honest, developed and engaging. My work now stems from my personal experiences, usually investigating trauma and how that shapes an individual’s world view and realising that through the lens of jewellery. Whichever medium I am most drawn to will serve as the starting point. Typically this is illustration, print, collage (with found objects), photography or sculpture – but this choice is heavily driven by the nature of the topic. Whichever seems the most appropriate response for translating the experience, feelings or observations I am trying to communicate. The process of creating work is driven by intuition and curiosity, so if there’s a process that I think will help me develop an idea/ brief and its not something I know how to do then I will teach myself to do it. I really admire the approach of Samuel Ross who is the founder of UK menswear label A-COLD-WALL* because his work is highly multidisciplinary, he is an excellent artist, graphic designer, and all round creative and his work focuses on the Black British experience through a variety of mediums. His work is also highly researched and contextualised which is very inspirational to me.

I recently completed a brief for Instagram x GUAP magazine’s ‘Black Perspectives’ campaign for which I made three short films focusing on themes of community and legacy. The films I made document the relationship between process, concept, context and outcome through collaged video, under my personal theme of ‘Constructing my Narrative’. For this I also designed and made a collection of jewellery titled ‘Breathe’, a selection of fabric garments/ costumes and accessories and also a selection of small sculptures, which alongside film and image assets were exhibited at Instagram’s HQ. This project required an extremely multifaceted approach requiring me to film, photograph, edit, produce jewellery, costume and plan creative direction in order to produce the final products.
I am currently also working on a collaborative film project with a group of young creatives called ‘Black Ballerinas’ focusing on telling the untold story of Black ballet in the UK. For this film I have choreographed, danced and created costume jewellery pieces. For this I was lucky enough to have the chance to dance at the English National Ballet (as we have partnered with them) which was an insanely surreal experience. We are in the final stages of production for the film which is due to be out over summer. Going back to performance based projects has been really enjoyable, as I haven’t had the chance to do this so much since I have been at university. Whilst film is very different to live performance its been exciting to see ideas realised within that context and is something I’m excited to continue doing. As my jewellery includes so much research and context I am excited to continue using film/ performance to give a deeper dive into the meanings behind my pieces and to consider how movement can be incorporated further into my practice.

Influences and relationship to jewellery

Jewellery is an excellent medium to express craft and precision but also to spark an emotion. Through adorning a black queer body with these unexpected, sculptural or sometimes highly impractical pieces I am able to trigger a conversation as people are captivated by the aesthetic which opens the doors for a deeper conversation regarding the topics of my work. Black people have historically been adorned with chains – whether they be literal or figurative and I seek to subvert that perspective, through deep study and personal experience on topics such as rape, sexuality, domestic abuse and how they relate to race I am able to offer a societal critique that people engage with due to it being expressed as jewellery. What we expect and observe of black people and blackness is often so biased and one dimensional, that is why a multidisciplinary approach is so key to exploring these stories, but also why jewellery is such a great medium to express outcomes within. Jewellery has a rich history to it and is innately fuelled by emotion and relationships – so I mimic this by filling my work with nuanced perspectives that cover the past and present whilst also imagining the future, through investigating the way society has been constructed in terms of historical, financial, social, aesthetical contexts.

It has been really exciting working with Crucible and year on year it gets better. I am extremely excited for the mothership tour and whatever else comes next – especially the prospect of a physical exhibition in the future. As a collective they think in new ways that are very stimulating whilst also being motivated by what’s best for the artist they’re collaborating with, which is a really refreshing approach. It’s been really lovely to be in an environment where everyone is as driven by concept as they are by craft and don’t have the perspective that you should be one ‘type of artist’. Thank you Rox, Tida, Kalkidan and Lita for everything!

Experience this story and others in the 2022 issue of Munich Jewellery Week Paper, available from retailers around the world and our online store. 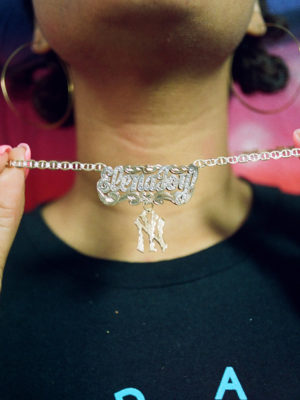 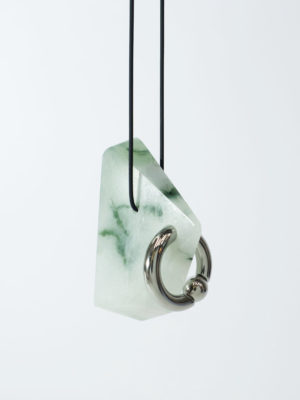 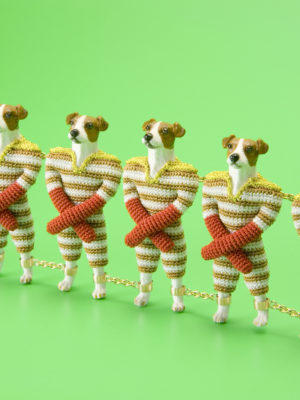