Betje Lazarus was born in Amsterdam on 27 March 1870. She and her sister Sophie grew up in a city that had become the international hub for the diamond industry. The industry’s history goes back to the sixteenth century when goldsmiths and diamond and ruby cutters could already be found in the city. For a long time, diamond working was perceived to be a poor man’s job as the availability of diamonds fluctuated wildly. The industry was dominated by Jewish people because there was no guild in operation in the diamond sector. People of a Jewish background were prohibited from joining virtually all guilds and thus had a limited range of occupational opportunities.

This all changed for the better in the mid-nineteenth century when the diamond industry began to flourish as a result of growing numbers of diamonds being found in Brazil. And it did not stop there. Four years before the birth of Betje, in 1866, an enormous diamond was discovered in South Africa, and similar discoveries were to follow. Employment in the cleaving, cutting and polishing of diamonds attained unprecedented heights. Betje and Sophie Lazarus decided to try their luck as diamond workers. Although the profession was male dominated, it was also perceived to be a suitable profession for women, and thus there was a variety of different jobs in the diamond industry available to them. A clear hierarchy of work existed. Diamond cleavers, who were the first to deal with the rough diamonds, had to develop the greatest amount of skill and therefore were at the top of the hierarchy.

Diamond cutters came in second. They cut stones into their basic diamond shape. Cutters were divided into brilliant cutters and rose cutters. The former earned higher wages as they cut the diamonds into more intricate shapes (brilliants), whereas the latter worked on diamonds with flat bottoms, which were of lesser value. Most women in the industry took up employment as rose cutters, and so did Betje and her sister.

For both the jewellers, who purchased batches of rough diamonds, and the diamond workers, who cut the diamonds, business was booming. However, in 1889 the diamond industry was hit by a crisis. Trade slowed down, wages dropped and unemployment levels increased dramatically. It took until the summer of 1994 for the crisis to end. The industry flourished again soon after, but the diamond workers did not particularly benefit from this growth as their wages remained low. During the crisis many diamond workers had started competing with jewellers by buying and cutting diamonds themselves, which ultimately led to lower wages because of fierce competition. There was a clear answer to this from the workers: strikes!

The massive November strike, in which the lion’s share of diamond workers took part, made workers realise that the only way to make a convincing argument for the improvement of their conditions was to unite. Iconic figures such as Henri Polak and Jan van Zutphen rose to fame after having successfully established higher wages with employers, and they soon managed to form a permanent union of diamond workers. On November 18, 1894, the General Dutch Diamond Workers’ Union (ANDB) was established.

The new union would be a federation of the existing unions for workers in the diamond industry. These categorical unions had their own boards and operated independently. So who represented Betje? Several attempts to unify rose cutters had failed, which triggered Betje to become an active member of the union herself. After her notorious appearance in the council chamber, where she made herself heard, she and her sister published a call to action in the weekly magazine of the union. They made a dramatic plea: ‘We are the first, who will follow us?’ Their plea was answered by many colleagues, and on June 3 1896, the rose cutters established their official union as part of the greater ANDB. Betje became the first president of the union.

In September 1897, Betje made headlines again. She, together with Sophie and another colleague, travelled to Antwerp for the International Diamond Workers Congress. Being the only female participants, they were pampered. The diamond workers walked in a procession to the conference venue. The three women were offered carriages instead. Staying true to her self, Betje pushed in the congress meeting for equal payment for men and women.

At the end of 1897, Betje left her job and the union. She got married and together with her husband ran a bar for abstainers. She gave birth to a baby girl in 1904. Unfortunately, the household was not able to make ends meet, most likely due to the ailing health of Betje’s husband. She again took up her former job as rose cutter in 1907. As did her sister, who had also left her job when she was married but then was forced to return to work after her divorce.

How do we know about Betje? Along with many other women in history, she has been left out of most history books. Thankfully, the archive of the ANDB has been stored at the International Institute of Social History. Historians interested in women’s history, such as Ulla Jansz, have been able to uncover stories such as Betje’s. Moreover, with the recent digitisation of the archive, it is now available and accessible online. An important part of the collection are the membership cards. Every member of the ANDB received a membership card which included personal details. One can search through this collection of cards at diamantbewerkers.nl. 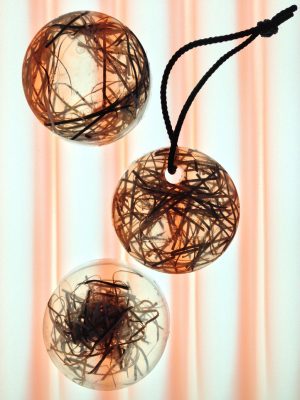 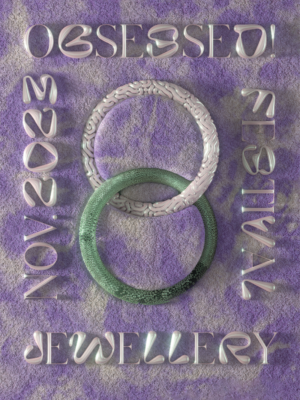 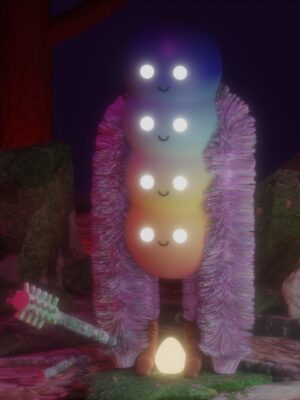 Talking Crafts and Other Stories