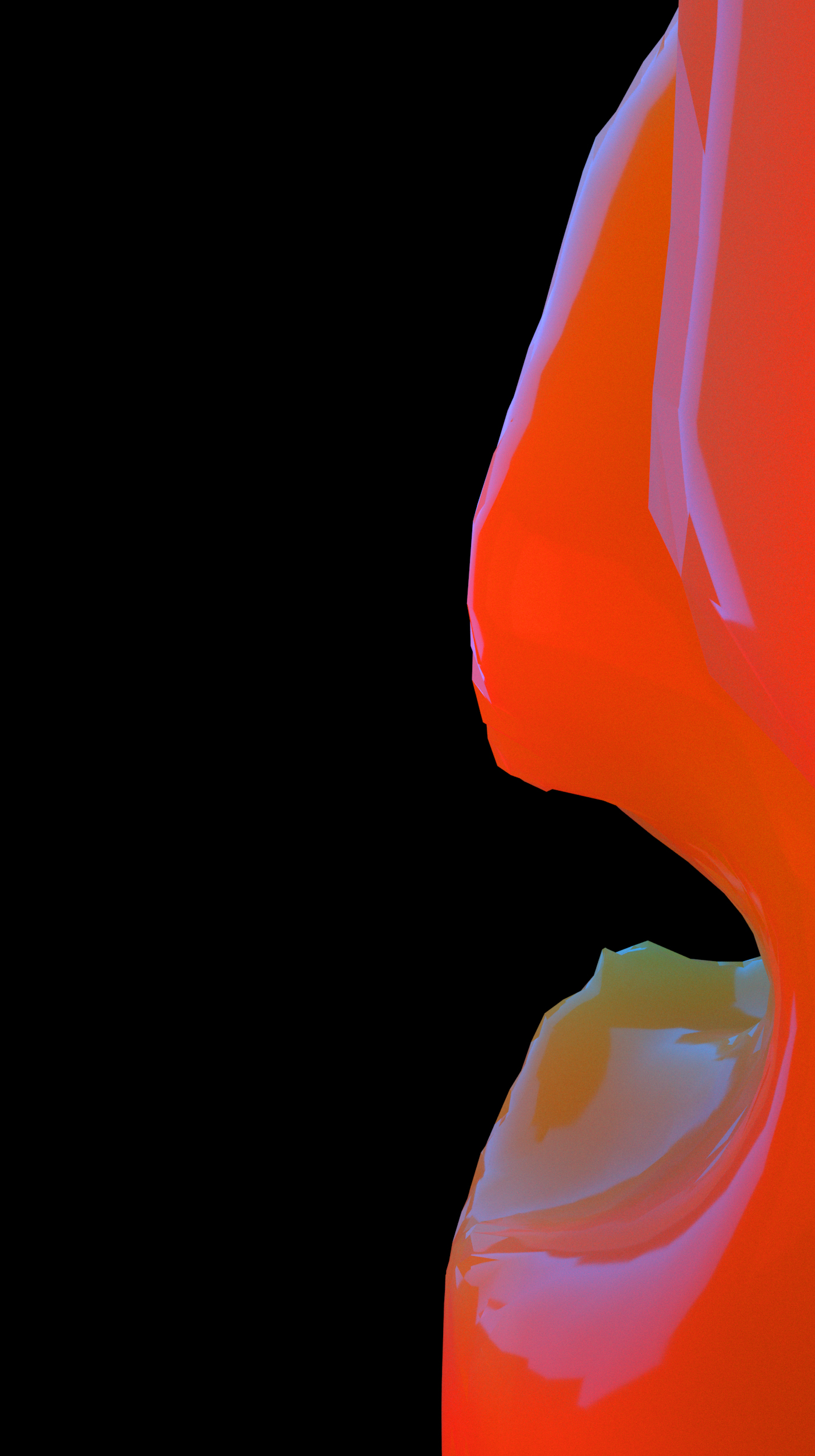 These are long-term and short-term tutors for our programme 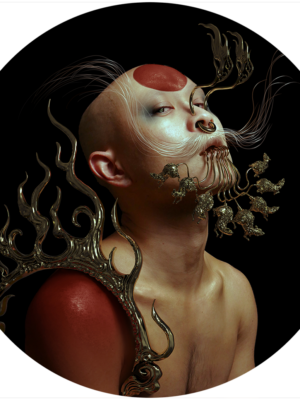 is an LA-based filmmaker with a varied background in fine art, visual effects, puppetry and animation. He crafts dizzyingly rich, hybrid worlds rooted in Sinofuturism, spiritual realism, mysticism and queer Asian folklore. If there ever were an artist un-hindered by the constraints of the visible light spectrum or our 4-dimensional world, it is Andrew Thomas Huang.
His list of collaborators includes Björk, Radiohead’s Thom Yorke and FKA Twigs, for whom Andrew is Grammy-nominated for his fantasy epic ‘Cellophane.’ Andrew graduated from The University of Southern California with a degree in Fine Art and Animation, and his films and videos have since been exhibited at The Museum of Modern Art in New York, MOMA PS1, The Sydney Opera House and the Los Angeles Museum of Contemporary Art, among others.

Andrew Thomas Huang was a part of the GEMZ Q&A series in programme phase 1 of cycle 1: Exploration. View the trailer below.

is a Paris-based jeweller, creative director and teacher. She is the founder and creative director of Novembre Magazine, the creator of Tétier Jewellery, a contributing editor for Dazed Beauty, a teacher at écal and HEAD, and most recently the creative and brand director at Jean Paul Gaultier.
Florence’s synthetic jewels sparkle with a plasticine glow, somewhere on the spectrum between precious gems set in buttery gold and gritty “☺THANK YOU☺” shopping bags and discarded lollipop wrappers. Florence has created jewellery collaborations for brands such as Neith Nyer, Charlotte Knowles and Chupa Chups: a blend of edge and sickly-sweet softness that encompass Florence’s aesthetic and practice.

Florence Tétier was a part of the GEMZ Q&A series in programme phase 1 of cycle 1: Exploration. View the trailer below. 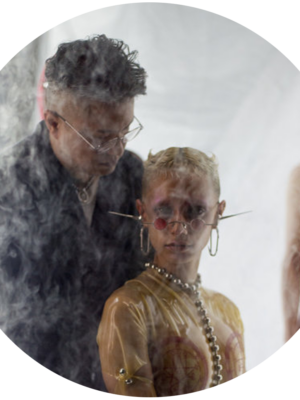 is a jewellery brand based out of the East Village in New York City. Since its debut in 2008, the label has been known for taking punk, tribal, and fine jewellery iconographies and refining them into luxe, daring pieces that both seduce and threaten. Chris Habana has spent his life between the Philippines and the United States. After a childhood rooted in religion, fantasy, and sci-fi graphic novels, Chris reveled in 90’s punk and gothic countercultures, and his worlds became one through subversive, gender inclusive jewellery designs.
In recent years, Chris has collaborated with numerous fashion houses such as Hood by Air, Prabal Gurung, Zana Bayne, Gypsy Sport, and Opening Ceremony. CHRISHABANA has been worn by Rihanna, Madonna, Doja Cat and FKA Twigs, and has been featured in publications such as Vogue, I-d Magazine and Dazed and Confused.

Chris Habana was a part of the GEMZ Q&A series in programme phase 1 of cycle 1: Exploration. View the trailer below. 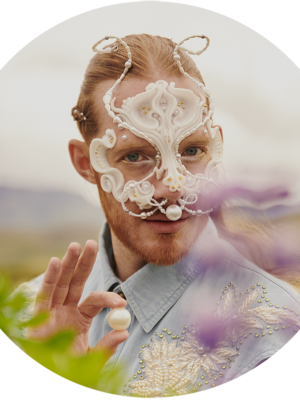 is a hand embroidery and adornment artist, originally from Gloucestershire in the UK, and now based in Iceland where he has been living and working with Björk since 2009. Although he works from a secluded cabin studio on a lake outside of Reykjavík, it is hard to believe that James has not descended to Earth from some strange, wonderous planet lightyears away, alongside his creative partner, Björk. His work is utterly transformative; tenderly manipulating the wearers into supernatural digital-animal-aquatic-floral-human hybrids.
James has served as the co-creative director of Björk’s Cornucopia tour and has had a hand in her transformations from Biophilia to Utopia. In his recent work, James has meticulously supplemented the machine-embowered logos of mass-produced sportswear with hand-embroidered odes to the natural world, including the ethereal tendrils of a nasturtium plant and an adorable baby owl.

James Merry was a part of the GEMZ Q&A series in programme phase 1 of cycle 1: Exploration. View the trailer below. 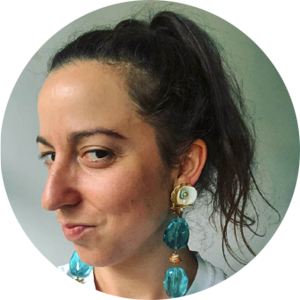 is a writer, lecturer and teacher in the extended field of design – including architecture, visual culture, technology, fashion and music. Tamar was born in Tel Aviv, grew up near Washington, D.C. and received her BSc in architecture at the University of Virginia and her MA in contextual design at the Design Academy Eindhoven. Her research applies the themes of agency, process, value, and meaning to a broad spectrum of topics, from cave paintings and object taxonomies to Missy Elliott videos and machine learning.
Tamar’s practice is multifaceted: she writes about design, architecture, and technology for a variety of institutions and theoretical applications, serves as the managing editor at e-flux Architecture, gives lectures and moderates discussions about design theory, materiality, and pop culture, and is a thesis advisor in the Architectural Design BA at Gerrit Rietveld Academie and a mentor in The Critical Inquiry Lab MA at Design Academy Eindhoven – and all of that barely scratches the surface.

Tamar Shafrir’s talent guidance was a part of programme phase 2 of cycle 1: Development. 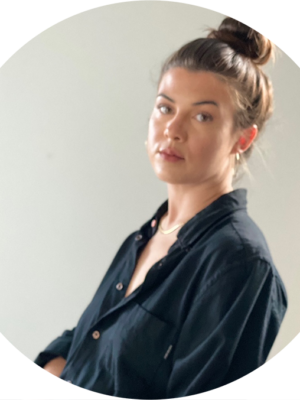 is a San Francisco based writer, trend forecaster and creative consultant specialising in the jewellery industry.

Newly transplanted from London with a background in fine jewellery, Jodie has written for The Future Lab, Rapaport, 1st Dibs, Adorn Insight, The Adventurine, Retail Jeweller, Jewelry Connoisseur and The Jewellery Cut, amongst others.

Uniquely positioned between journalists, diamond specialists, luxury brands and digital artists, she reports on every facet of the jewellery world – from the designs we covet, to consumer identities and the our digital futures.

Jodie joined the GEMZ tutor team to develop the sales and positioning workshop. The workshop was a part of programme phase 2, cycle 1: Development.