KELLIE RIGGS – CURRENT OBSESSION
Your output is quite impressive; how do you address the notion of the singular object in your work?

KARL FRITSCH
Rings are always looking for company, otherwise they are not complete. Ultimately they should end up on a finger, but if there are not enough fingers near, they are happy to have the company of other rings or to interact with other environments.

Is it fair to say that each of your pieces speaks the same language, or even saying the same thing, but with different voices, different tonalities?

Even when seeing ten pieces at a time, your work is able to transcend a potential redundancy… is this a challenge you’re conscious of?

No, but each one needs to exist.

Your devotion to jewellery, the ring in particular, is clearly decipherable. Would you like to talk about why your visual commitment is so strong?

I think I am very lucky that I found a medium that suits me so much. I love the small scale, I like working with fire and a hammer and other tools, I like that there is a variety of resistance from whatever material I work with, and that there is a history I can work with. I like that ideally it lives very close with somebody and will have a very different life once it is out there in the world; that is jewellery.

What type of conversations do you want to be a part of? Are they intimate, based on the locality of where the work might live, or perhaps part of something bigger?

Oh, there are lots of conversations, and that is the great thing about jewellery, that they can be very intimate and loving and cruel and universal all at the same time. And the person who engages with them can add their own stories; I like when the rings are open for interpretation.

You are part of a couple of Schmuck’s events this year, including the 6th rendition of Returning to the Jewel is a Return from Exile, again with Robert Baines and Gerd Rothman; as well as an exhibition called, What I Do For You, at Galerie Biro. What exactly will you be doing for us?

Please come and see, I don’t know yet what it will be at Biro, I am still working on it and there is always a bit of an ambition to show something new on the March-in-Munich-schmuck-stage… And in the residence with Gerd and Robert, it is always exciting to see what comes together on the blue round, when the work communicates with pieces from other artists. There will certainly be some pieces influenced by living in New Zealand.

If you were to highlight one piece we might soon see on exhibition, which is it and what would you like to say about it ?

At the moment it is a big ring that I carved out of a rock that I found on the South Coast, but I might I have a new favorite when I return to my workshop in two days and work on some other pieces. And there are some rings where I work on carving some chunks of metal…

The interview NO FUSS with Karl Fritsch was conducted by Kellie Riggs. You can read the full text of the interview in the CURRENT OBSESSION MAGAZINE #1 ARCHETYPE issue 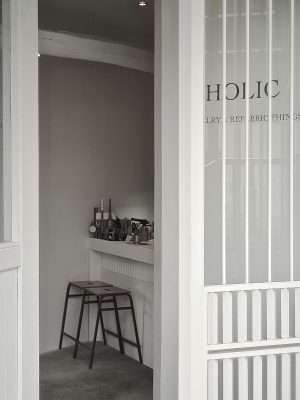 The Power of Dialogue 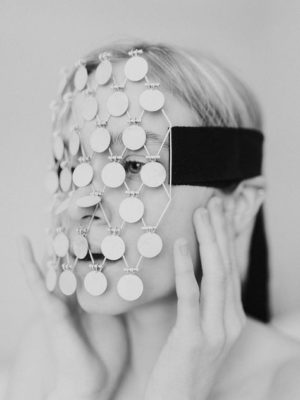 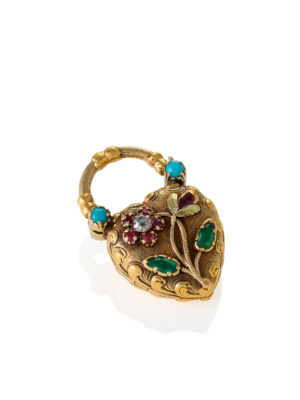 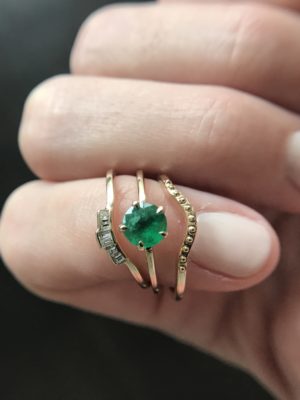