A child of the 90’s, Guillaume’s imagery is inspired by pop culture and all that it entails including street art, comic books, and French cartoons. Guillaume calls her characters ‘ridiculous’ because of their flamboyance but they are a celebration of individuality and the artist’s hope that we, like her characters, stay true to ourselves. An emerging artist, Guillaume has gained recognition for mastering a traditional enamel technique like cloisonné and using it to create such distinct and fresh work.

‘Through cartooning, I am able to translate deeply intimate moments of sorrow, joy, love, frustration, and other emotions into an image that viewers can identify with, and laugh at. My characters function as entry points into worlds that are more dreamlike and fantastic than our own, but which are also grounded in very real experiences and emotions that we all feel in our everyday lives.  My cartoons use hyperbole to exaggerate the whimsical, the grotesque and even macabre nature of the world around me. I believe in the importance of finding humour in tragedy, just as I feel that we can find beauty in ugliness.  My work exists in these rich contradictions that are so much a part of life.’

‘The history of enameling has a longstanding tradition of storytelling, dating back as far as the Byzantine era where vitreous enamel was used as a vehicle for the depiction of religious icons. Using this traditional technique, I am reviving the idea of narrative in enameling through a contemporary context fueled by street art, comics, pop art and counterculture.  All of my pieces begin with illustrations that take on a central role in my work.  My imagery usually features a single character frozen in a moment that suggests a single cel within a larger animation, capturing the ultimate moment of climax in a greater narrative not revealed to the viewer.  Through the process of enameling, my illustrations transcend the two-dimensional realm of paper and are given new life in the physical world as wearable objects.  By employing a combination of jewellery techniques and illustration, my work confronts the high art form of jewellery with lowbrow humour.  In this way, I am reviving the traditions of enameling, as well as bringing illustration and cartooning into the context of contemporary jewellery.’

Mauricette, The Giants, And Other Frivolous Tales: The Jewellery of Mlle. Guillaume is the first U.S. solo exhibition of Canadian Contemporary Jeweller Aurélie Guillaume at The Gallery at Reinstein/Ross, New York

Find out more about The Gallery at Reinstein/Ross here

Images of jewellery on models by PopTown Photo 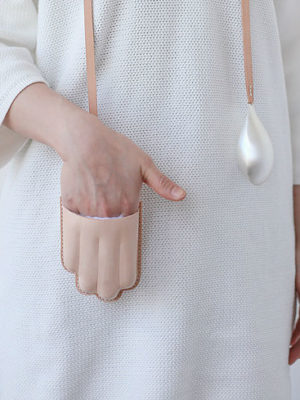 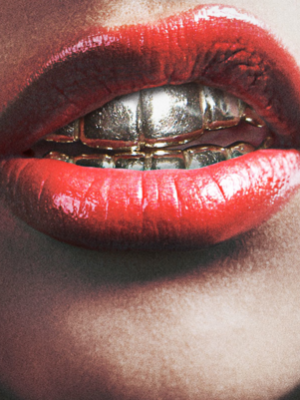 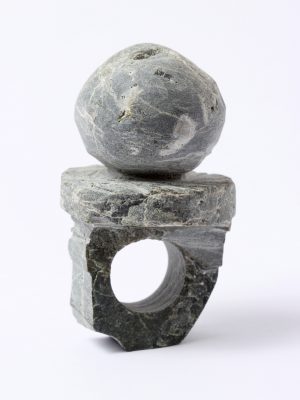 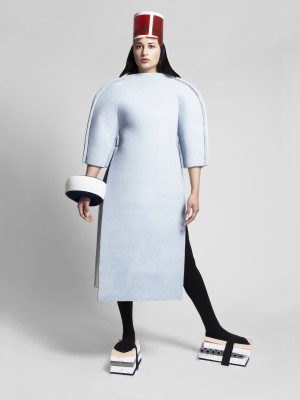