When the initial resin blocks and crystals were finished, albeit in reverse, de Beijer asked Lonneke van der Palen to interpret his work in a photoshoot. Her cool, observant style of a scientist on a field expedition further refines the lost details of the story. Snapshots of either the industrious maker or the forensic expert show a hands-on investigation, while the studio shots with artificial lighting replicate the possible conditions in which pieces may have originated. Van der Palen’s vivid photographs bear witness to her almost mathematical sense of colour and design. The images tease your imagination, and leave you guessing what it is you are actually seeing and what the underlying importance is. In fact, a single image actually tells an entire narrative. Van de Palen plays with people’s experience: recognizable elements and visual clichés are combined in such a way that onlookers are continually thrown off balance. The representation of an everyday object that is central to a photo is often so aesthetical – almost theatrical – that it summons up entirely contrasting associations and meanings.

‘(o)doodem’ translates as ‘his kinship group’ from Ojibwe. De Beijer and van der Palen created a monumental sculpture out of different materials, sort of a totem pole, which symbolizes their first collaboration; an emblem of their ‘clan’. To be a part of this clan, of Boris’ and Lonneke’s artistic get-together, one could actually buy a piece of this sculpture, a unique piece of art signed by both.

Flag on the Moon

I found a pretty little souvenir from the late 60’s of the previous century. I found it on the Moon in a crater not far off from the first Apollo 11 landing ground. I wondered how it ended up there and whom I should return it to? I thought there was a policy about littering space, which I cannot recall. I know there is something about finding ancient treasures in one’s backyard. As long as the object is found within 3-5 meters below the surface of the Earth, we may call it ‘finders keepers’. And if we try and dig deeper we ought to keep it a secret. But what about that flag that’s standing there on the tip? The surface of the Moon is unearthly tough, so it shouldn’t be too easy just to stick it there. Yet the ‘star spangled banner’ stands firmly. A flag made to appear waving in the wind, instead showing off a pale white caused by the cosmic Ultraviolet radiation. And just a couple of miles from to it: The red banner is still standing but not much brighter.

Who cuts the borders on the Moon? I recon it all has been neatly written down in an argument after the Cold War had seized. The Moon is a chunk of Earth that settled to be the nicely rounded sphere it is today. So most would agree it belongs to Earth. But what if it was a genuine act of separatism on its behalf? In years past Nations have been cunning up plans to settle colonies, even mining Moon’s crust and digging deeper to establish an underground base under the so-called Sea of Tranquility, whatever that means. Our view of the Moon has slowly progressed from the perception of an ephemeral sphere, unable to fully release itself from Earth, to the cold hard capitalization of its stark surface.

I think we have some explaining to do. I believe we have to settle on a description of how it looks like to us and then see about how the rest of the universe feels about it. Listen, we’ve been finding stuff in our backyards for centuries and called it ours for a while: Trying to hide it or trade it before storing it away in an ethnological museum of some sort. But that is our history. Sorry about that. Finding something on the Moon comes with an entirely different responsibility.

I hope between all these Worlds and Nations they didn’t forget to talk about its preservation. And see what actually belongs to the Moon itself. Maybe even set up a ‘lost and found’ desk on the surface. Because whatever we may leave behind or find may change the way we see things forever. So before commencing future mining operations, aiming to find what we’re convinced is our unexplored history let’s not get ahead of ourselves.  Maybe just take a couple more pictures first. Clean it up before we go.

Lonneke van der Palen, The Netherlands (1985)Studied Photography at the Royal Academy of Art in The Hague (graduated in 2011)
www.lonnekevanderpalen.com 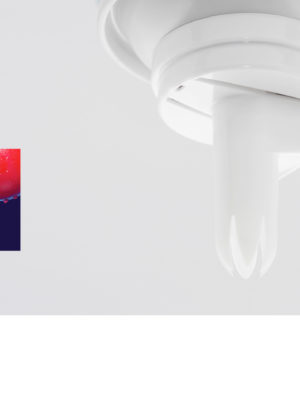 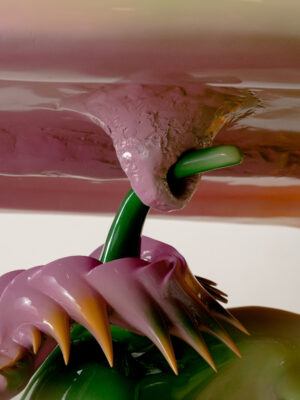 You Are Finally Awake