As a viewer I cannot escape the presence your jewellery seems to have. It is hard to characterize your work with words, but seeing it suddenly reminded me of the French national hero Jeanne D’arc. This resemblance, I think, has to do with its boldness and self-confidence as well as its controversial vulnerability of its character.

First of all, this question shows very clearly the high esteem you have of my work. In my heart I agree with you, but my reasoning commands me to say humbly, that this comparison is too extreme. Answering more formally, there seems to be a contradiction, but there isn’t: it takes great courage to show ones vulnerability. Said differently, I know I am right; therefore I will have to find strength to show what I want to show. In the literal sense of the word, the first soldiers filled with conviction were the ones walking in the front line carrying the banner, playing the tom.

Jeanne d’Arc was probably best known for being a woman dressed in a man’s armor. Is it right to say that despite the strong masculine nature and desirable and precious materiality, your jewellery captures a vulnerable nature?

Yes, I have a pretty strong feminine streak! My work does too; maybe I make my work for a woman I admire, a feminine strong woman.

‘The metaphor of violence should never be mistaken with violence itself, but tragically that is what happens.’

If you would be prosecuted for having a revolutionary mission how would you defend you work?

I believe in freedom of thinking and feeling, in itself that is harmless. But for those who wish to have and to command everything, my life’s choice is dangerous.
They realize they cannot command the power of creation, and then there is manufactured anger, in order to show their strength over ‘power’ of creation, which is perceived as strength. The difference between taking literally something, which was meant to be taken metaphorically. The metaphor of violence should never be mistaken with violence itself, but tragically that is what happens.

A lure is something that tempts or attracts with the offer of pleasure or reward, a promise sometimes false, sometimes kept, and sometimes broken. Your work has that spark, that magic promise… Where do you think it lies in your work?

Color and light, no disturbance in surface treatment, a total concentration in the piece, which doesn’t disturb the visual consumption of it. I hope and trust that this promise is one that keeps its appointment.

The colorful and often uncut materials in some of the larger pieces must have a dramatic effect on the person wearing them. Can you tell something about the psyche of your work and indicate some pieces?

I admire the pure and the uncut and at the same time the worked over the developed. I think it was Nijinsky on whose grave its written: ‘He developed all of his talents to the fullest.’

Some of your pieces show intricate frameworks and seem to play with the outlines of classical jewellery forms. What does this historical interest say about your approach to jewellery?

I see myself as a classical jeweler, making strange things. What I do is combine works from different times and places in one piece, in such a way that it makes sense.
My ambition is to surprise myself, as I am a person who is easily bored.

Jewellery is meant to last forever or does it have an expiration date?

Etymologically it comes from ‘Jocus’ the Latin for Joy, Joke. Later the word developed into ‘Jewellery’. Its connection is clearly evident. Officially the term Jewellery has a definition: ‘The highest amount of value on the smallest amount of space.’
But that is not poetic and a jewel must have poetry.

Definition of poetry: ‘The most amount of information in the fewest amount of words.’
It’s a Jewel I want, I don’t it want it to be Bijouterie.
‘What is the difference between a Bijoux and a Jewel?’
The description would be a Bijoux is made mainly out of metal, a Jewel prominently carries (valuable) stones.
As I understand it, a Bijoux is considered a manufactured piece of low value.
Back to the Jewel, I know what it isn’t, and I know what I don’t want it to be.
Not a painting, nor a Sculpture or an Art object in wearable form (although both of these elements might be used).
What I want is a unique piece with a meaning and a value.
It’s a precious, valuable, wearable object, mainly using traditional materials and techniques.
Traditional?
Yes: Why change techniques when the old functions well? It’s not the ‘new’ material or the ‘new’ technique, which makes it into a ‘new’ piece, especially not if the idea behind it remains ‘old’.
A good piece of work can only be experienced as ‘new’ when it is ‘authentic’.
Valuable emotionally and materially for people of whatever age or gender, observing it from whatever time, place or culture.
(Therefore it can be called classical). And as it is obviously made today, it can be called contemporary.

Is there hope for contemporary jewellery in its current condition?

Not everything will remain, certain creator’s works will survive, and others won’t. Overall difference between now and twenty years ago is that contemporary jewellery is an almost accepted art movement, it has in the past two decades vastly grown in size, more jewelers, more galleries, more journalists, more museums. What we need now is a large exposition in a renowned museum, like the MoMa or Tate, that would improve the image of the art jewel.

Thank you very much for the interview!

Thank you for taking the time concentrating on my work and synthesizing these questions.

This interview was first published on March 6, 2012 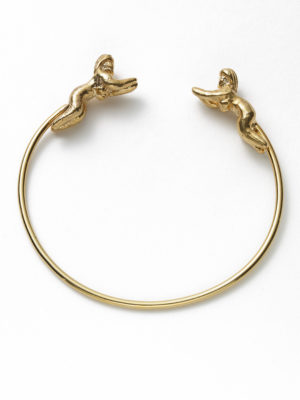 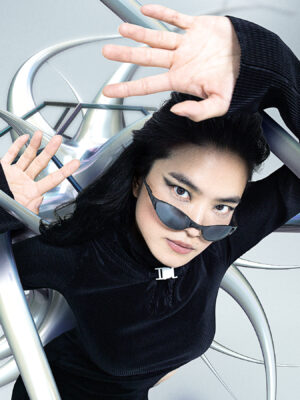 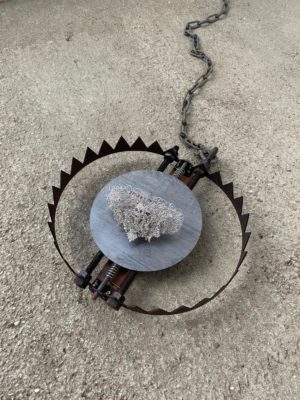 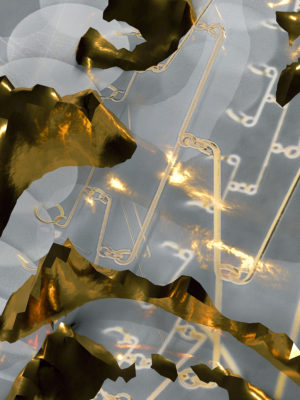