The couple worked closely together on creation of numerous original jewellery designs with a joint name stamp GIJS+EMMY, represented by two plus signs. They developed a highly simplified, abstract style that came to characterise their work. Gijs and Emmy rejected the craft tradition of the silversmith and strove instead to eradicate any trace of personal expression from their creations. By placing great emphasis on the relation between jewellery and the human body, they sought to account for the personality of the wearer of both their jewellery and clothing designs.
Their ideas were inspired by the contemporary youth fashion that defined the look of the rebellious 1960s.

The style of Gijs and Emmy reached maturity circa 1970: a design of minimal intervention in standard aluminium tubes. Their bracelets featured cutouts made with systematic and mathematic precision. In 1972, the bracelets were exhibited in London, along with the suits from Clothing Suggestions. The title of the exhibition aptly summarised the work of Gijs and Emmy – Objects to Wear: Experimental Clothing and New Jewellery.

The Netherlands Dance Theatre ordered several costumes from the Clothing Suggestions collection. These pieces were subsequently worn in the ballet Mutations. The reviews of the performance stated that the clean-lined costumes, the chrome and neon, and the absence of colour lent the ballet a ‘frosty chic’.

This show is a farewell exhibition of the Applied Arts and Design curator of the Stedelijk Museum Amsterdam Marjan Boot. Find more information about the show here. 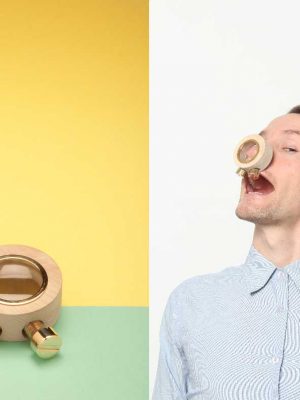 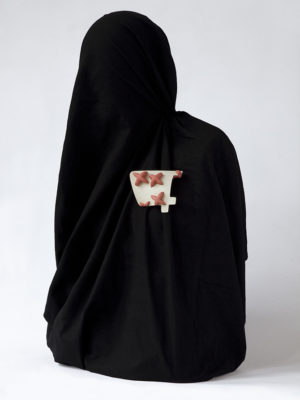 I Measure My Heart Rate 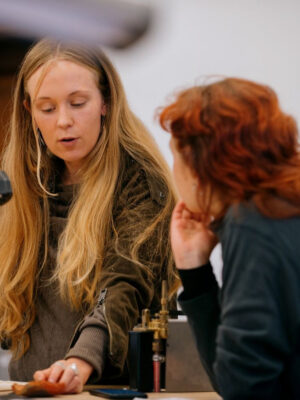 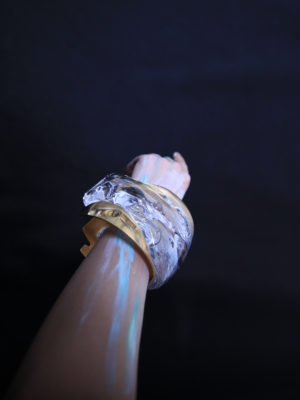 SO MINT! Empathy, does not exist by Shuang Shuang