This is the story of the birth of the “Evil Eye” into a new era: The rapid development of digital technology is accompanied by the rise of electronic devices. Our lives are increasingly dependent on electronic devices. I can’t help but wonder: Do we need a new generation of amulets for such a life? Consequently, I used 3D printing technology, which belongs to digital technology, to try to find out if computer technology can find its own language and traces of thinking. I intended to explore and study whether computer technology has emotions, which led to a stimulating experiment between me and the 3D printer. Regarding the future impact of artificial intelligence on human beings, I don’t object nor support it. I have created a series of brooches that is based on the concept that “the eye” as a virtual amulet can protect one against the extreme development of artificial intelligence.

I have come to think of Jewellery as a psychic medium with which the “self” can connect over time. The relation between Jewellery and time (especially the future) is my research direction and therefore I chose the eye as the topic of my creations.

Things can exist between the tangible and intangible realm, therefore there are things that “the eye” can detect and those it fails to, such as emotion, spirit, and dark matter. Yet, these immaterial and indirect connections have an important reciprocal relationship. I desire to find expressions for such intangible and mysterious things via “the eye”. The gradual opening of the eyes in the first 22 pieces is followed by an apparent switch to the negative, a slow unfolding of void in the final 8 pieces. Overall, the 30 pieces of work are an infinite loop from the beginning to the end, and the 30th work is actually the No. 0 work, too. It is the end and the beginning, and it is also related to philosophical propositions of birth and death, beginning and ending, where we are going and where we came from. 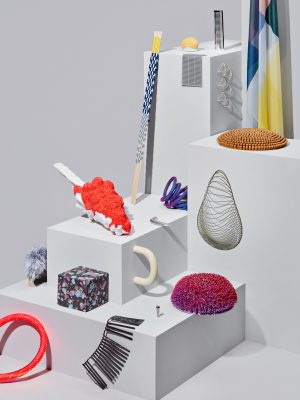 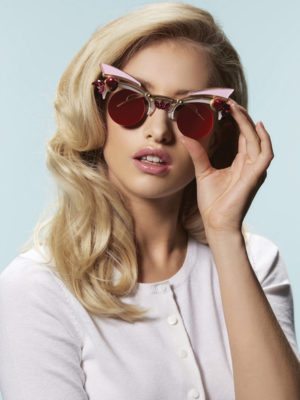 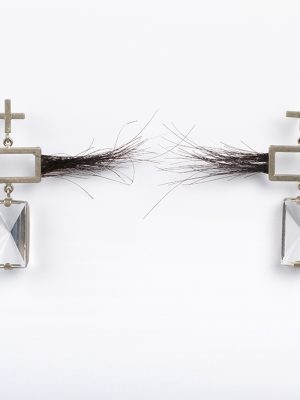 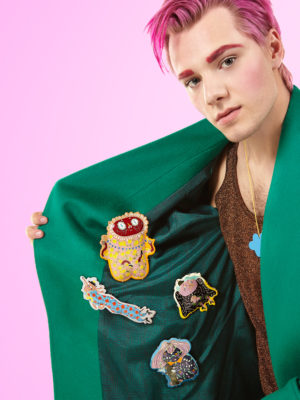 Mauricette, The Giants, And Other Frivolous Tales: The Jewellery of Mlle. Guillaume